How Republicans are born…
Daughter, 8, has been savings up to buy her first Guitar.
Found it for $35. She had 35 exact.
Then…sales tax

Did you mention that you drove her to the guitar store on roads that were partly funded by sales taxes?

In a car which only has seat belts preventing you from being badly injured in the event of a crash due to taxpayer funded regulations?

or those same taxes that pay for emergency services that will respond if you do get in an accident?

And fix potholes etc that reduce the chance that we will have accidents.

And using traffic lights which are installed by municipalities that greatly reduce the risk of death when driving?

And using side walks that are paid by the city from tax payers dollars?

And police that protect her from being robbed of her cash.

And firefighters and EMTs to provide emergency medical services that are paid for in part by sales tax. 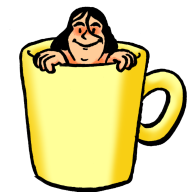